I found out I was pregnant mid may right in the heart of a pandemic, my husband had just left for Afghanistan. I became determined to only give him positive news. It was my way of patting myself on the shoulder encouraging myself that I can do this, that this pregnancy will be different than the others

This was my 8th pregnancy, one of which I lost our boy Kurt junior PPROM at 26 weeks, it was a very difficult time.

Having two boys ages 11 and 7 and finding out I was pregnant again I was determined to fight this pregnancy all the way through.

As soon as I found out I rang my community midwife team, who then had me booked in for my booking appointment, which was done over the phone due to covid19. I was deemed high risk so I was given an 8 weeks scan. I soon became very ill suffering from Hyperemesis gravidarum also known as {HG}. I was in an out of hospital constantly dehydrated to the point my veins collapsed it as all just too much for my body.

As in my previous pregnancy I also suffered from protein C and S deficiency which I inherited from birth, which a blood clotting issue which is more dangerous when I'm pregnant due to my hormone levels being so high.

I also suffer from insufficient cervix. At my 8th week scan everything was fine saw my baby heart beat for the very first time, I was offered regular abdominal and vaginal scans throughout my pregnancy to be safe as I might need to have a stich put in.

The next few weeks became more and more difficult I was now just over 16 weeks and my HG had still not shifted, I was given more medication in the hope that it will get better soon I was encourage to eat as little but as much as I can. I was also transferred care to another hospital that deals with high-risk pregnancies as I got further along in my pregnancy Horrah!!! I was now at 18 weeks and had my normal weekly scans both abdominal and vaginal showed baby was growing nice and healthy and my vaginal scan showed that my cervix was nice and long and shut.

I went home feeling pleased. Despite the rocky few month’s things were looking more positive. week 19 this all changed when I went in for my normal weekly scan, as the midwife did my abdominal scan, I could tell by the look on her face that something was wrong, she said she now needed to perform the vaginal scan to confirm what she was seeing, sadly she was correct, I had little to know cervix left.

My consultant was then informed, and she sat me down to let me know that I needed an emergency surgery to have a stich put in to keep my cervix closed. This was very risky as my cervix was so short, the doctor performing the surgery along with my consultant informed me of the risk, that such a procedure may cause my membranes to rapture. I was also given a test to determine how soon I will go into labour; this was done via vaginal swab. The results came back with 14days. which was even more reason why my surgery was rushed to emergency.

This is where I had to exercise my FAITH more than ever. Before going into surgery my consultant and midwife were very helpful with making the call to get my husband home from Afghanistan. The surgery was a success, I was given the news that my husband was coming home. I was kept for 24 hours to make sure all was well, then I was sent home on bed rest. It was exactly day 15. I was now 22+1 when I woke up and went to the toilet, I felt a rush of water and although it wasn't a lot I knew exactly what was happening, my waters had broken, my husband and I phoned the hospital to let them know what happened we were advised to make our way in, my husband was not allowed in so he had to wait in the car, while I was seen.

The midwife on duty confirmed that my waters had gone and that the doctor on duty would be in to talk to me soon. Although I knew the risk as I have been through PPROM before, nothing prepared me for the way this doctor delivered the news,

I was told that my baby cannot survive at this stage without any water, that I can become infected, that women normally go into labour 24 to 48 hours after their waters have broken and if this happens to me that there would be nothing that they can do as I'm only 22 and 1 and it would be classed as a miscarriage,

as he said these things, I saw the look on the midwife face as the doctor give me the news, her look was of disbelief. He let me have it raw, no compassion. I was told I would be admitted onto the ward for observations. Dispute all the heavy news I did not let it get to me I kept my FAITH I believed that everything was going to be ok. 72 hours had passed and I had not gone into labour, no bleeding, no pain, no discharge or ugly coloured water.

There was light at the end of the tunnel. The doctors on rounds advised me that once I got to 23+5, I will be given steroids to help my baby development. I made it to 23 and 5 I received my steroids, every week was a milestone, the further along I got the better the chances for my baby. It was week 25 now and my Consultant was happy to send me home on continued bed rest, I was excited to go home and be with my husband and my boys, as they weren't allowed to visit. I was asked to report 2 times a week for blood test and regular check-ups, my midwife would continue with home visit. I got to 26 weeks and this was all short lived.

I woke up with mild pains, they were uncomfortable and hard to determine if it was contractions, my midwife was due to visit at 12 that day so I waited for her visit to tell her about what was happening, she later advised that I go in to have it checked, she phoned ahead to let them know that I was coming. on arrival I was checked and admitted straight away, and I was given paracetamol to help with the pain.

The Next day the pain kept going and coming but nothing paracetamol or codeine didn't help with. It was now day 3 and around mid-day when the pain started again, this time I knew straight away that I was in labour, I was hooked up to the machine to try and track my contractions, but nothing, the doctors thought it could be and irritable uterus. And hour went by the pain grew increasingly, a vaginal check was done my cervix was shut and long and stiches were still in place, my contractions were monitored for the next 45 minutes, and had to be recorded manually as the machine was not picking up my contractions. eventually I was taken down to the delivery room, and my husband was phoned and told he can come straight in once he arrived.

My contractions increased drastically and were finally showing on the monitor, I was surrounded by midwives, doctors and consultants talking through what to do next, I was given magnesium sulphate to help baby's brain, after dreadful hours of labour, the decision was made to remove the stitches and allow me to go have baby, within 15 minutes I give Birth to a beautiful baby girl, we named her FAITH, weighing 880g I heard her give a little cry. As the neonatal team worked on her, and rushed her off to the neonatal unit. The consultant later came over to tell us how she was doing, and that we can see her. In that moment looking at my baby girl fighting, so small, so many wires, ventilated. I was told it was up to her now, that we had to wait and see how she does. Over the next few weeks, 79 days in neonatal care our baby girl was finally allowed home.

Faith is doing extremely well, she was discharged with a heart murmur, and a hole in her heart about 4mm, but the doctors are hopeful that this will clear up on its own, if it doesn't it would mean having to operate to close it but it would be done just before the she starts school. Our tiny miracle overcame, an amazed all the doctors and nurses that looked after her, she is our little fighter, a princess worthy of the name FAITH. 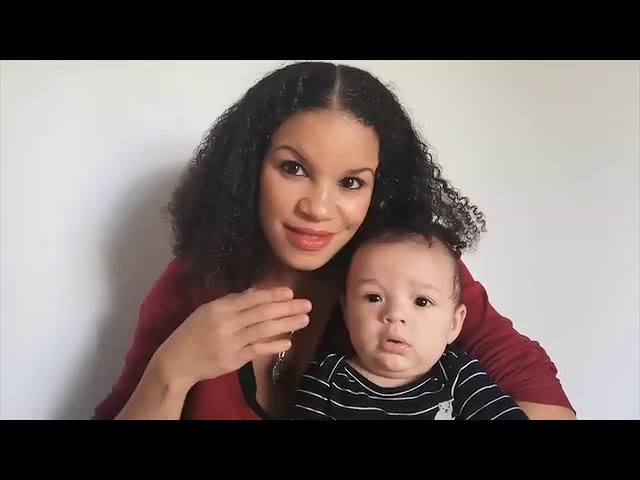 I gave birth to my son Leo on 10th March. He was a much-wanted baby brother to Noah and Jack and our longed-for 3rd baby. Our family was...
600
<div aria-label="aria-label.autho